Avoiding the Road to Nowhere Means Investing in Infrastructure

Rep. Jerry T. Miller and Rep. Sal Santoro explain why our state needs better funding for transportation infrastructure and why the 2020 legislative session is the best opportunity to tackle this issue. 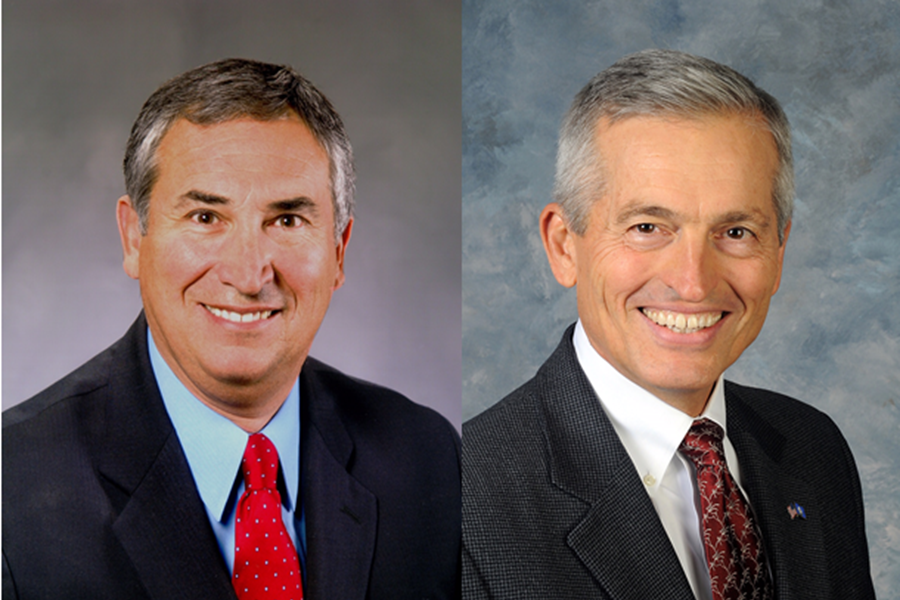 The time has come to address Kentucky’s aging and inadequate roads and bridges. The commonwealth is home to nearly 14,000 bridges and 80,000 miles of roadway, and they are in terrible shape. Earlier this year, the American Society of Civil Engineers (ASCE) awarded the state an appalling D+ for road conditions and C- for the state of our bridges. These are the roads our future depends on.

Safe, reliable transportation is critical to public safety and quality of life. Kentucky roads facilitate the movement of goods and people as well as provide access to health care and educational and entertainment opportunities.  They are the backbone of a strong economy—the link between rural and urban, manufacturer and market. Our transportation infrastructure supports all industry segments, including manufacturing, tourism and agriculture, and more than $500 billion in freight travels Kentucky roads annually.

Infrastructure is particularly critical in a state like ours, where more than 40 percent of the population lives in rural areas, and we have more than twice the national average of rural roads. The strength of our rural economy and the safety of rural life are heavily reliant on the quality of our transportation system.

We have taken a few tentative steps forward. In the road plan passed by the Kentucky General Assembly last year, we prioritized maintenance, investing over $350 million in resurfacing over the next two years. We also focused heavily on repairing and replacing bridges in counties across the commonwealth. This includes an investment of nearly $500 million to repair or replace almost 350 bridges in both large cities and small communities.

However, these are the first steps in a long journey. And it is a journey fraught with challenges. Tax changes in 2014 translate into $200 million less each year in road fund revenue, and Kentucky has an estimated annual infrastructure investment gap of $490 million. That means that each year the Transportation Cabinet needs an additional half billion dollars to address all maintenance and new construction needs. Also, approximately $120 million in annual federal toll credits are set to expire. These credits allow us to leverage the money we spend on eligible toll-financed for state matching funds on current federal-aid projects. That is a devastating hit to any plans to repair, maintain or build.

Our state has seen historic economic growth over the past three years, but the greatest potential for encouraging investment is still untapped. Kentucky is not alone. However, neighboring states like Indiana and Tennessee are tackling the problem head on and have already doubled down on their infrastructure investments. In April, Ohio joined the group when it passed a 10.5 cents-per-gallon increase on gasoline and a 19 cents-per-gallon increase on diesel. The Ohio legislation also included annual registration fees for gas hybrids ($100) and electric vehicles and plug-in hybrids ($200).

What can we do? The answer is simple; we must invest. Actually doing so is complicated and requires political courage and the ability to recognize that we are being penny wise and pound foolish.

During the 2019 Regular Session, we filed legislation that sought to address these infrastructure problems. The bill, House Bill 517, had bipartisan support. It would have increased the gas consumption fee and imposed a miles per gallon fee. As filed, the proposal would have cost the average Kentucky driver an estimated $60 at the pump and $22 at registration, barely more than a quarter of the $331 the average Kentuckian pays in vehicle maintenance and time delays due to our road conditions. The revenue raised through these changes can only be spent on roads and bridges and the enforcement of traffic laws – a restriction that ensures that money is invested wisely.

That proposal was an attempt to jumpstart a real and meaningful conversation about the need to modernize infrastructure funding. Much of the way we fund construction now was put into place decades ago and is about as effective as a 1969 Dodge Charger is fuel-efficient. Like most government programs, no substantial changes have been made in years. Nothing takes into account innovations in transportation like hybrids, electric vehicles or higher fuel efficiency. It is past time to make these changes. The 2020 session provides a great opportunity to accomplish this, with the budget and the road plan open for debate.

It is our hope that our colleagues, both Republicans and Democrats, will recognize the need to build and maintain the roads (and bridges) to prosperity.