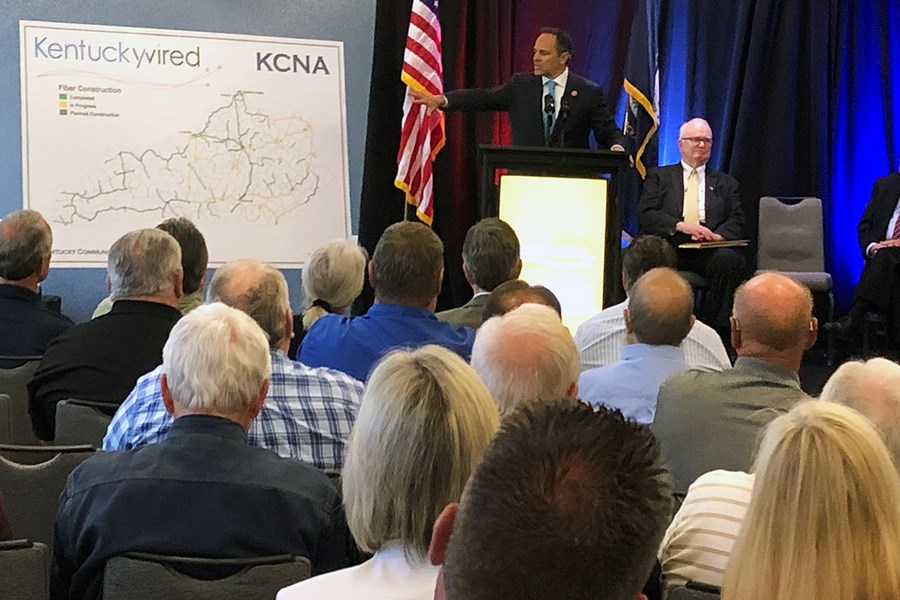 Gov. Matt Bevin and Congressman Hal Rogers held a joint press conference Friday to announce the completion of the first phase of KentuckyWired, a project to build a network of high-speed fiber optic cable throughout the Commonwealth.

"There is a sum total of 3,000 miles of fiber that is going to allow us to bring broadband to people’s communities,” Bevin said. “(Sixteen-hundred) of the 3,000 miles has already been laid.”

The announcement came at the conclusion of the 22nd Annual Kentucky County Judge/Executive Association and Kentucky Magistrates and Commissioners Association Joint Conference, attended by more than 450 elected county officials.

“It’s easy to conceive of things like this. It is hard to put it into action,” Bevin said. “The reason I’ve become a champion of this is because it has to happen.”

Bevin then introduced Rogers saying, “This would not have been possible without the vision, the persistence and the foot on the gas of our Fifth District Congressman, Hal Rogers.”

“No one else is doing this…this is unique,” Rogers said. “You are making history. This governor is making history by completing this great plan.”

Rogers then quipped, “I like to call this project, as we originally called it, Silicon Holler.”

Access to reliable and affordable broadband is critical to the economic prosperity of the Commonwealth, particularly in Eastern Kentucky, which ranks among the worst areas in the country for connectivity. Reaching those counties is a major goal of the project, according to Rogers.

“I want to make one thing very clear to every county leader here: the superhighway will not bypass any of your counties,” Rogers said.

“The fact is that most of our counties will never see a major interstate pass through their borders due to our mountainous terrain and other economic challenges,” Rogers added. “But today, you can rest assured that this digital interstate is one giant step closer to coming directly to your county seats.”

The completed portion of the network, known as Ring 1A, includes Louisville, Lexington and Cincinnati/Northern Kentucky (in green on the map below). Additionally, a key backbone segment from Lexington to Somerset has also been completed, allowing for expansion of the network into Eastern Kentucky as the project moves into the next phase. 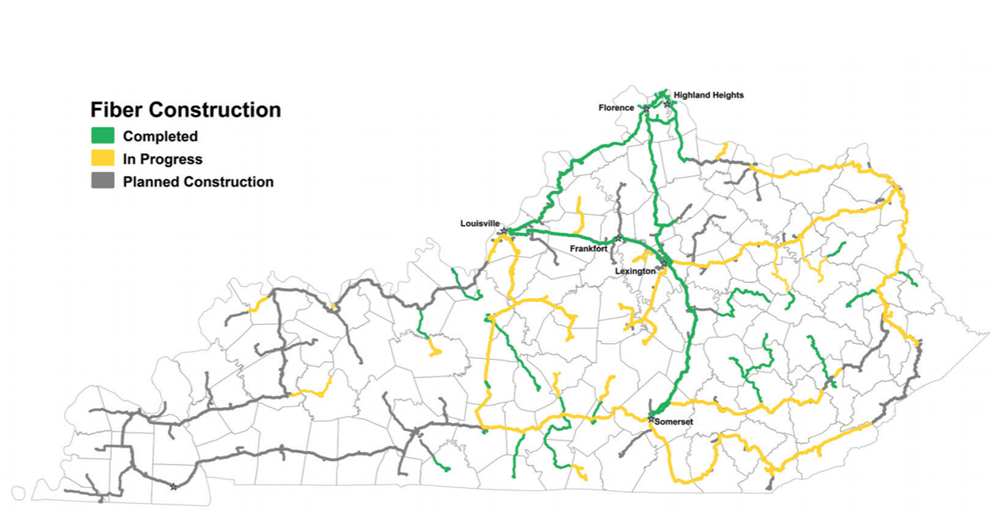