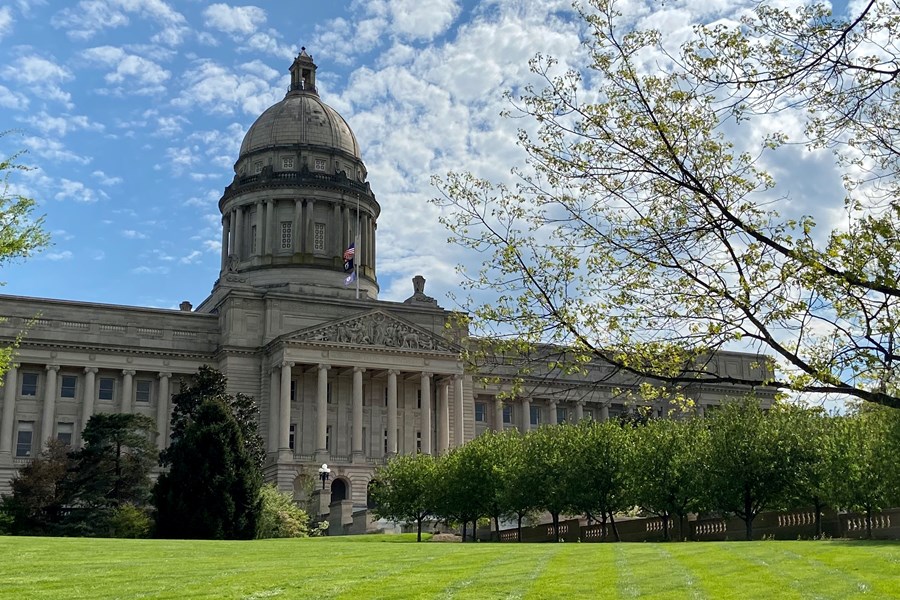 According to the Kentucky Constitution, bills passed during a legislative session become law 90 days after the adjournment of the session, which was April 15, 2020.

On Wednesday, July 15, more than 200 laws went into effect as a result of legislation passed during the 2020 Regular Session of the General Assembly.

According to the Kentucky Constitution, bills passed during a legislative session become law 90 days after the adjournment of the session, which was April 15, 2020. There are a few exceptions, including general appropriation bills and legislation that contained an emergency clause or had a unique effective date within the content of the bill.

Below is a sampling of bills that affect counties taking effect July 15.

HB195, (J. Miller) will allow counties with a population of 80,000 or greater to publish legal advertisements online and allows all counties to publish ordinances once rather than twice.

HB415, (A. Koenig) allows the direct shipment of alcohol to and from Kentucky. The bill imposes shipping limits on various types of alcohol and prohibits shipping into dry territories.

SB99 (J. Schickel) removes the sunset provision for local option elections that would allow for the sale of alcoholic beverages at distilleries located in a precinct of a dry or moist county or city. Allows products produced in collaboration with a brewer or microbrewer to be sold in its gift shop. These products need not be exclusive to the gift shop. The distiller must buy the jointly branded souvenir package only from a licensed malt beverage distributor. Requires a minimum production of 600 gallons per year at the distillery. Provides for local option elections on the sale of alcoholic beverages by a microbrewery. Allows for the serving of complimentary samples of malt beverages not to exceed 16 ounces and for the sale and consumption of malt beverages by the drink without restriction, provided that the microbrewery is located in a wet territory or precinct.

SB2, (R. Mills) requires voters to present photo ID at the polls, starting with the general election in November. Voters without a photo ID will be able to show another form of ID and affirm, under the penalty of perjury, that they are qualified to vote; allows poll workers to vouch for a voter they personally know even if that person has no valid ID; will provide a free state-issued ID card for individuals who are at least 18 but do not have a valid driver’s license.

HB336, (J. Fischer) requires a candidate for governor to select a running mate in a slate of candidates after filing a certificate or petition of nomination no later than the second Tuesday in August preceding the regular election for the office of governor; establish a procedure to follow if a vacancy occurs in candidacy for the office of lieutenant governor; provides that the retired county clerks shall be voting members of the State Board of Elections.

HB378 (W. Thomas) relieves the county clerk of liability for a salvage title; streamlines what accompanying documentation must be notarized; reduces the filing fee for recording a lien or release of a lien by various forms of local governments to $20.

SB186 (M. Nemes) removes the requirement that the state auditor resides in Frankfort; requires all audit reports and agency responses to be posted online in a publicly searchable format; allows the auditor to provide consulting services to state and local governments and SPGEs at a mutually agreeable rate.