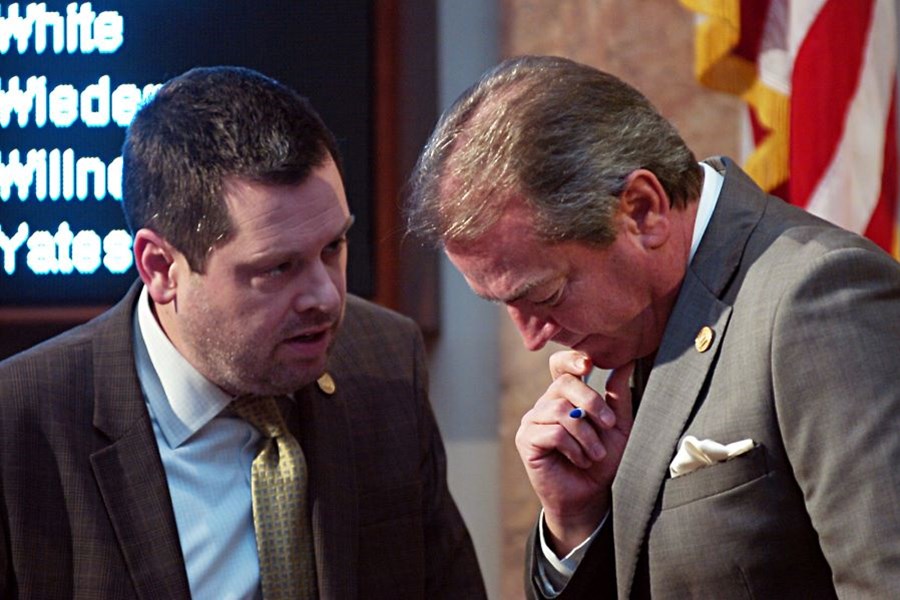 Below is the information to keep you updated on legislative activity at the Capitol while you lead your county in responding to the COVID-19 fallout. Email with any questions: shellie.hampton@kaco.org.

On Thursday, March 19, Senate President Robert Stivers and House Speaker David Osborne announced at a joint press conference late in the day that, out of an abundance of caution during this pandemic, the General Assembly will amend their work schedule. Read more about that here in our On The Floor article.

HB208, (R. Rothenburger) closes a loophole costing more than $1 million a year in funding to 911 dispatch centers, was concurred in the House.

HB362, (P. Pratt) known as the rural broadband deployment fund, passed in the Senate 31-0. This bill will help broadband providers extend the final mile of broadband to end-users in unserved and under-served rural areas.

HB453, (S. Santoro) which among other REAL ID requirements would make the Transportation Cabinet the sole application and issuance entity for operator's licenses and personal identification cards and eliminates the requirements that these documents be applied for in the county of residence.

SB5, (R. Alvarado) would allow fiscal courts to have options on oversight of SPGE rates and fees.

HB388, (K. Bratcher) includes appointment for members of county boards of elections, appointment of precinct election officers; procedures for voting at a location containing more than one precinct and for the consolidation of precinct election officers; verification of submitted mail-in absentee ballots; changes the time for the printing of ballots for a special election from 15-45 days; county attorney's attendance at training sessions for election officials discretionary; contains an emergency clause.

SB150 (R. Alvarado) was amended to address provisions to:

STATUS: passed the House March 19, awaits a concurrence vote in the Senate.

Final House language that was retained:

SB64, (R. Girdler) provides that a prosecutor shall be indemnified by the Finance Cabinet for financial loss after being sued for an act or omission in the course of official duties.

SB74, (W. Westerfield) removes the restriction that a judge can only issue a search warrant for a blood or urine test when a defendant has been charged with driving under the influence and a person has been killed or suffered physical injury.

HB299, (K.Banta) allows jailers to appoint deputy jailers who are nonresidents of Kentucky.

HB361, (D. Frazier) would require an agreement between an originating and receiving jail before a judge can order the transfer of a prisoner, requires a Circuit Judge to review his or her transfer order every 60 days and provide for the transfer of state prisoners from jails at or over 150 percent capacity.

HB426, (P. Pratt) would allow any county or city other than a consolidated local government or an urban-county government, to impose a regulatory licensing fee on alcohol.

-HB 351, the accompanying revenue measure to the Executive Branch budget;

The House and Senate always make their own changes to the Governor’s proposed budgets, and must come to agreement on a final bill. The next step for all budget bills will be Budget Conference Committee meetings beginning today, March 23, at 2 p.m. when they will begin negotiations. These talks likely will take a few days. GOAL: finish by April 1 and send to the Governor. You can watch today’s conference committee by clicking here.

Below are details on the Executive Branch budget and its accompanying revenue bill.

Changes in the Senate budget include:

Changes in the Senate revenue bill include: