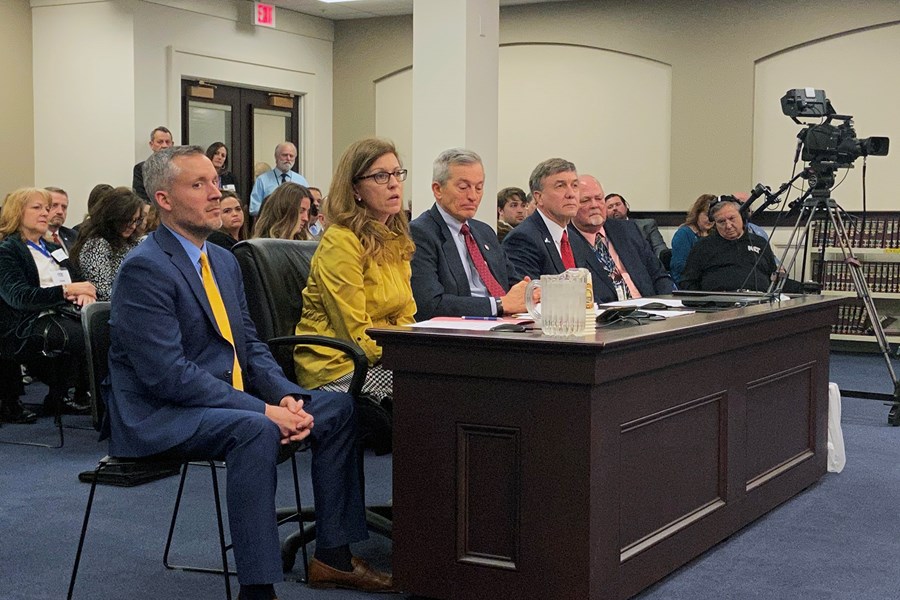 HB 195 will continue to provide transparency while saving tax dollars.

Wednesday, Feb. 13, the House Local Government Committee passed House Bill 195, legislation that would reduce the number of ordinance publications required of all fiscal courts. If it becomes law, the bill would only require one publication of ordinances instead of the currently required two publications, saving all counties tax dollars.

Sponsored by Rep. Jerry Miller (R-Jefferson), the legislation would also allow counties of 80,000 population or more - and cities, school districts, special purpose governmental entities and special districts in those counties - the option to publish the required advertisement on their website or other notice website of their choosing. The posting must be displayed on the homepage of the notice website.

Shellie Hampton, KACo director of Governmental Relations, testified in favor of the bill, saying “Fiscal courts spend $1.5 million a year on required newspaper publications. That doesn’t count other county offices. With the rising costs of jails, pensions and elections and fewer state and federal dollars, every taxpayer penny counts.”

This extends language in the current biennial budget bill, which allows counties with more than 90,000 population and the cities in those counties to choose an alternative internet publication site instead of paying for a newspaper advertisement. That provision expires with the budget on June 30.

If the affected counties choose to publish online, the bill requires the county to publish an ad in a newspaper that includes:

The bill now heads to the full House for consideration.

Call or text your state representative today, and ask them to support HB 195. The Legislative message line is also an effective way to have your voice counted. It is open to take your message from 7 a.m. to 9 p.m. EST Mondays through Thursdays and Fridays from 7 a.m. to 6 p.m. Call 800-372-7181. Messages, known for being documented on pink sheets of paper, are counted by legislators and often referenced among reasons for their vote.