Health departments, regional universities and other quasi-governmental agencies will continue to pay a lower pension contribution rate as a result of the work of the General Assembly during this week’s special session.

House Bill 1, sponsored by Rep. James Tipton (R-53), passed the House Monday and the Senate Wednesday with no amendments. Included in the bill is an extension of the 49.47 percent rate freeze through June 30, 2020, something health departments supported in the regular session last spring under House Bill 358.

Bevin vetoed that bill and pledged to call lawmakers back into special session before payment was due. All other employers in the Kentucky Employees Retirement System (KERS) have been paying 83.43 percent since July 2019.

The bill includes language that allows a quasi agency to remain in the retirement system and pay the higher rate beginning July 2020, or exit the system and pay off its unfunded pension liability.

Those who choose to cease participating in the state retirement system can pay by lump sum or through installments spanning 30 years. They must also decide if they want to allow their Tier I and Tier II employees to remain in the system or transition them along with all other employees to a defined contribution plan.

It also contains an “emergency” clause, meaning it becomes law upon the governor’s signature rather than waiting the customary 90 days.  There is also “nonseverability” language, which means if one section is found unconstitutional or unenforceable, the entire bill is as well, increasing the quasi contribution rate to 83.43 percent. 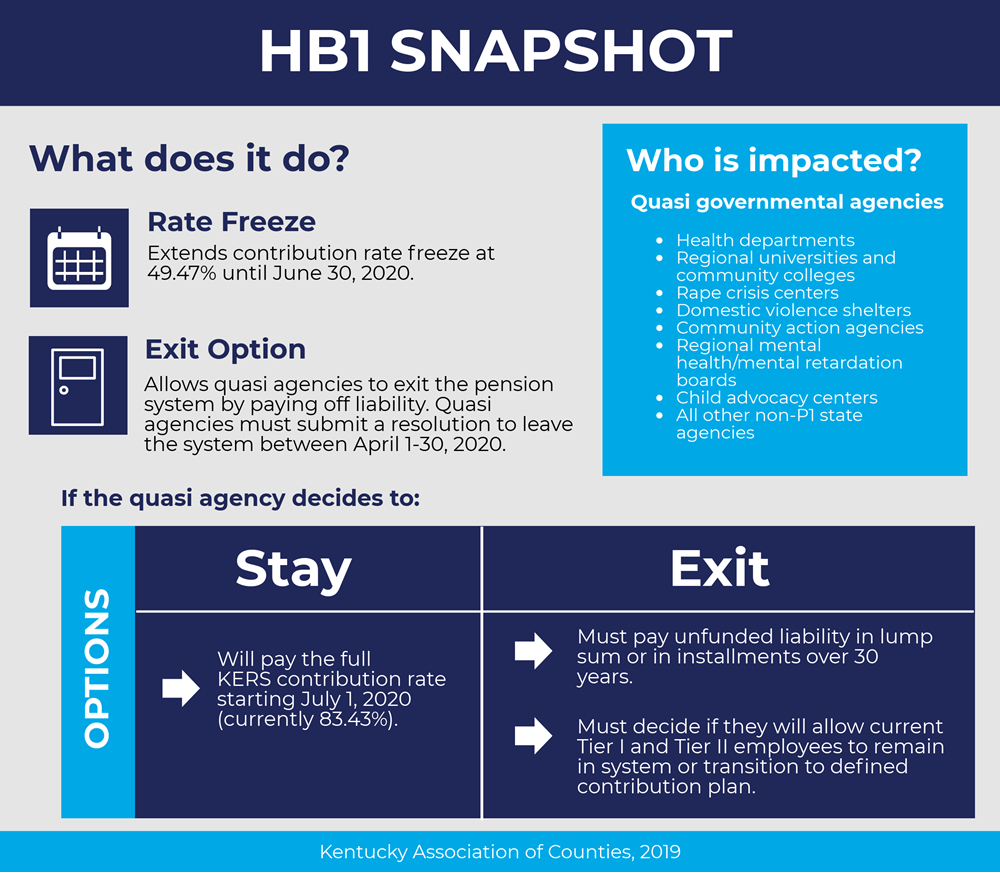