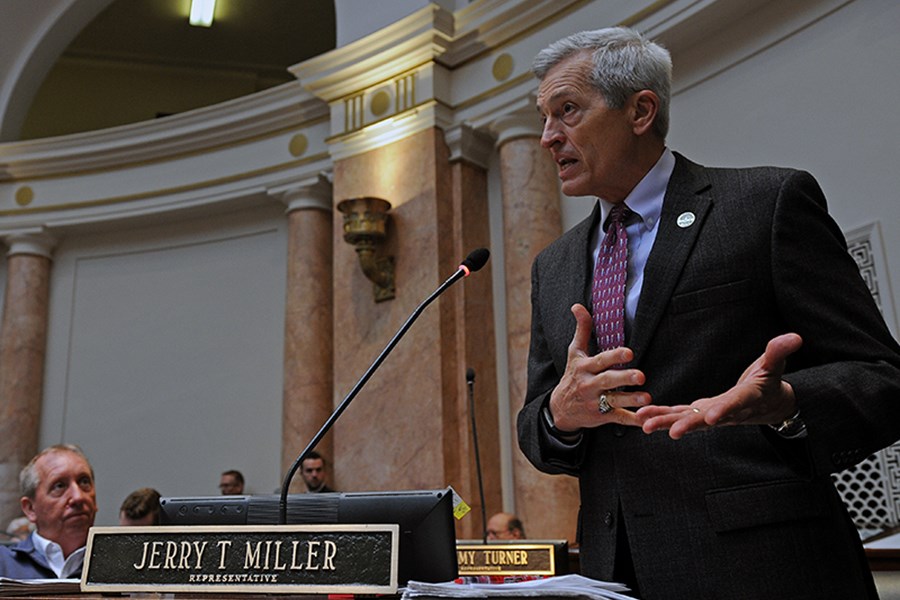 By a vote of 78-4 in the House and 31-1 in the Senate, House Bill 484 sponsored by Rep. Russell Webber (R-Bullitt, Hardin) was passed today. It now heads to the Governor’s desk for his consideration.

House Bill 484 creates a new board of trustees for the County Employees Retirement System, or CERS, which serves cities, counties, and classified school employees statewide. The new board would have fiduciary responsibility, while day-to-day administrative services of CERS and KRS would be handled by a shared administrative authority.

There were changes made by the Senate, to which the House agreed.

Under Senate Floor Amendment 4, employees of the newly created Kentucky Public Pension Authority will remain in the state personnel system. HB 484 as filed would have removed them from that system and required the new board to adopt its own personnel system, with minimum requirements.

Senate Floor Amendment 4 will require the newly separated CERS board to continue paying any costs attributed to separation going forward. The bill as filed required those costs to be paid solely by CERS for only the first three fiscal years after the effective date of the bill.

Governor Beshear has ten days from the date of receipt to either sign the bill into law, let the bill become law without taking any action, or vetoing the bill. Should that occur, the General Assembly has the option to vote to override a veto.