Health officials are urging county officials to be more active and increase prevention measures for the Hepatitis A virus that is continuing to spread through county jails, local restaurants and essentially throughout the state.

“Preventing illnesses like Hepatitis A and HIV in high-risk populations is much less expensive than treating those illnesses, both in jails and throughout the community,” said Kelly Alexander, Chief of Staff at the Kentucky Department for Public Health (DPH).

“Prevention of Hepatitis A through immunization offers protection not only to those vaccinated, but also the rest of the community by reducing the number of individuals able to transmit the illness and the number of people who are susceptible to vaccine-preventable illnesses,” Alexander added.

Early steps should be to establish strong communication with your local health officials and help spread awareness when local vaccination clinics are scheduled.

“The counties who have done really, really well with Hepatitis A in responding to this outbreak are the ones in which our health department directors already have partnerships with their local officials,” Howard said recently to attendees at the joint judge/executive and magistrates and commissioners conference.

“When we were trying to bridge these partnerships anew, in the middle of an outbreak, it doesn’t work,” Howard added. “So for those of you who have … who are active on that local health board, I really need you to be bridging those partnerships with the county jailers.”

The timing of building relationships for Hepatitis A prevention is prior to outbreaks, Howard noted.

“We’ve had counties where the health department director has never met the jailer, and we were needing to reach the at-risk population in the moment, and they didn’t have that relationship,” he said. “It’s almost impossible make that relationship, build that trust and do the work we need to do to prevent the diseases that are ultimately expensive for our state in real time.

“Those partnerships around health are crucial,” Howard added. 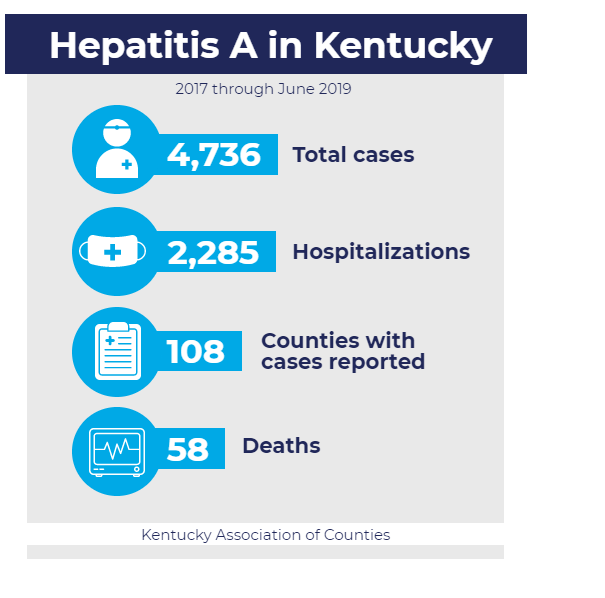